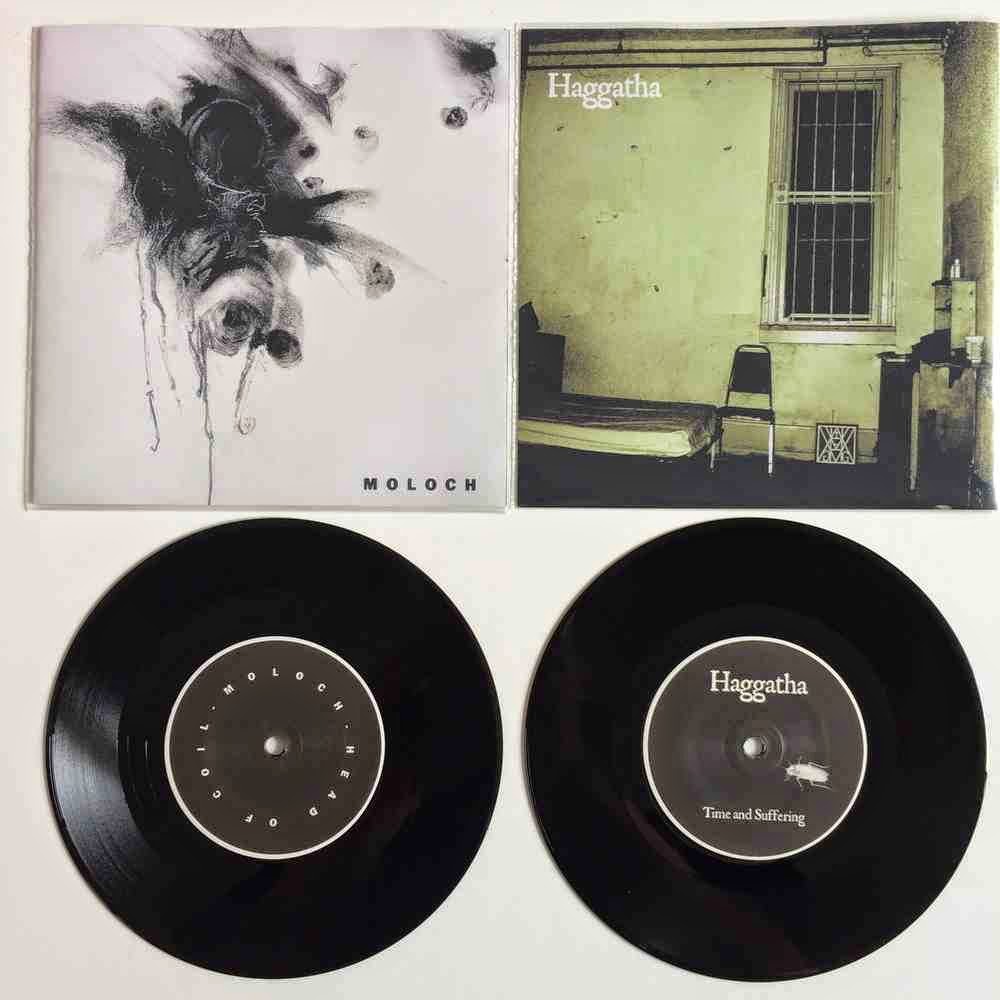 Just got copies of this is from Dry Cough. £4 if you want one.

Psychic Assault. Not actually quite dead yet. 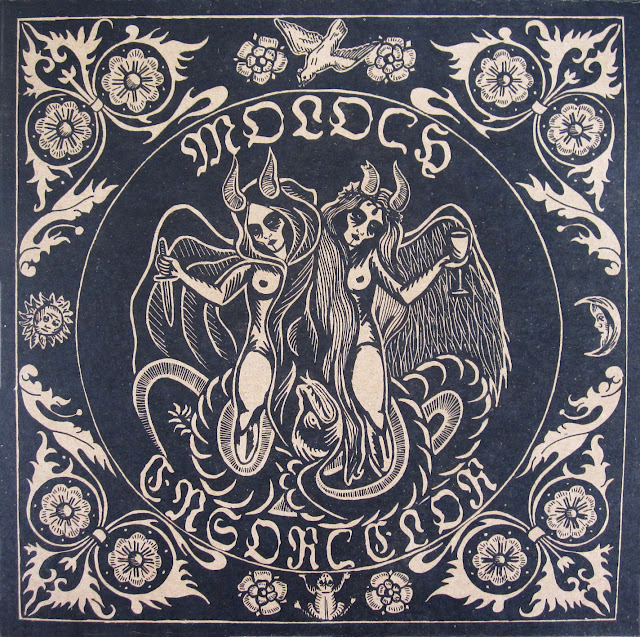 Canadian blackened doom quintet Ensorcelor have teamed up with UK punk infused sludge act Moloch to create what could possibly be described as the greatest fucking thing to ever be created in the history of things that have ever been fucking created.
Ensorcelor comes out first with a creeping display of sundering lows that are veritably torn apart by harsh vocal onsets and haunting melodies that carry an uneasy feeling throughout the entirety of their 20 minute offering. Trapping a landscape that differs its way from a blackened pool of infinitesimal hate into a realm of endless sadness and confusion. Allowing for a more emotionally rapturing soundscape to pour into the empty spaces of silence that surround and convey while still retaining the reflecting overtone of utter and complete irrelevance. The track bores its way into your subconscious and delves into what would remain after all sorrow has subsided, a full on confrontation between body, mind, and soul. The song fades into a harmonious departure that does not end but simply stops, leaving no room for your senses to return before the next track begins.
Moloch pick up the pieces of your shattered psyche and proceed to drudge it further into a treacherous malice filled assault that is drenched in filthy, slow moving sludge. Ascertaining a clear departure from the pseudo-logical pretenses of their counterpart, Moloch come on strong, vibrant, and set to destroy. Littered with subversive melodies that are met full force with abrasive vocals hidden amongst venomous shifts that lull into a false sense of security. The track is met with a brief moment of clarity that ushers in an instrumental harmony before shifting into its final form. The closing minutes of this track begin a downward spiral toward an inevitable oblivionesque portrayal, scathing the ugly nature of the band at its very finest and most crushing. Abrasive squealing riffs accompany its departure for an abrupt and satisfying end.

co-released with Feast of tentacles and Graanrepubliek

£9 + shipping.
psychic.assault@gmail.com
you know what to do. 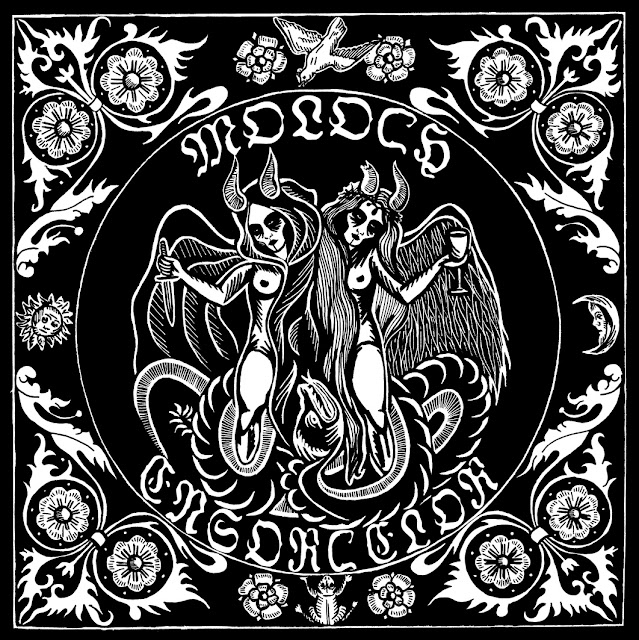 It's been all quiet for a while now, but we're pretty sure it was worth the wait.

Moloch / Ensorcelor split is finally at the plant.
READY YOURSELF.
xox 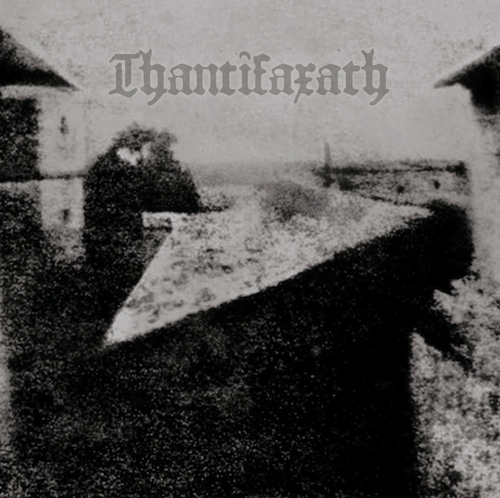 Restock of Thantifaxath EP's - left over from their euro tour last spring
This is the black one sided 12" (not etched) - it's fucking great, y'all should buy it! 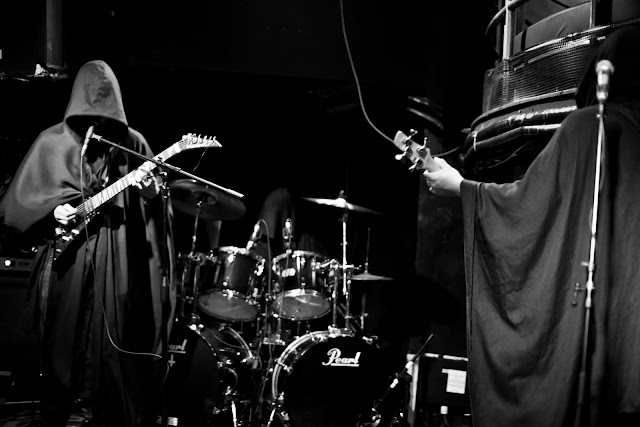 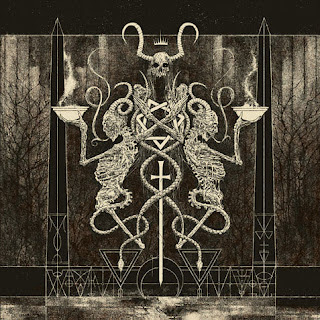 Got these lovely things in from Music Fear Satan yesterday:

just picked up the new austrasian goat double LP from Vendetta as well as the amarok/pyramido split...

for a whole month!

orders and hate mail will be answered in july.
xox
at 10:11 PM No comments: